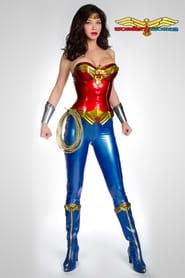 Wonder Woman is a never-aired television pilot produced by Warner Bros. Television and DC Entertainment for NBC, based on the DC Comics character of the same name. David E. Kelley wrote the pilot, which was directed by Jeffrey Reiner. Adrianne Palicki starred as the main character. The Wonder Woman pilot was expected to debut in 2011, but NBC opted not to buy the series.